You are here: Home / Archives for Jewish State 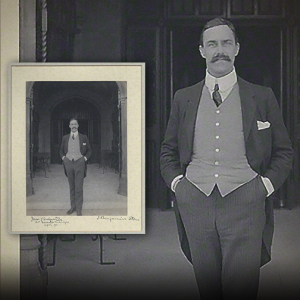 When we speak of the heroes who were actively engaged in rescuing the Jewish people from persecution, and who were directly instrumental in helping to establish the modern State of Israel, it is easy to forget those who were the visionaries who prepared the way. Josiah Wedgwood IV was one of those visionaries.

Named after his grandfather, the founder of the world-renowned Wedgwood china business, it is also noteworthy that he was equally proud to bear the name of one of the most righteous kings of Israel.

Josiah Wedgwood was passionate about helping oppressed people everywhere, believing it was the God-ordained duty of every Englishman. He continually decried Great Britain’s turning a blind eye to the reality of Jewish persecution in Europe. Surprisingly, or not, his view was not necessarily shared by his peers in Parliament, especially when the oppressed were Jews. Joshua B. Stein wrote that, “It was his contention that wherever in the world Britain had a claim to influence events, it was her right and obligation to make sure that she did so.”

To that end, he campaigned tirelessly to change the status of the British Mandate of Palestine into a Crown Colony. But that was only the first part of his plan. His ultimate goal was to have Parliament create an independent Jewish dominion that would be a part of the British Empire. He published his proposal in 1928 in his book, The Seventh Dominion. In that book, he proposed that this course of action would result in the Jewish people bringing great prosperity to that long barren and forsaken region. In another of his books, Memoirs of a Fighting Life, he pleaded, “See to it that in Palestine you set up a land of idealism and altruism, a land of liberalism and freedom, not merely a land of the Jews.”

While promoting that, he also vigorously challenged restrictions limiting the immigration of Jews into Great Britain where, he hoped, that there, too, they would be free from persecution and be able to contribute to British society.

When he became frustrated with the resistance to his vision during World War I, he made a radio broadcast in which he implored the United States to take over the responsibility for the Mandate, because he believed that the British had lost the will and lacked the moral fortitude to administer it. Ultimately, the British withdrawal proved to the world that Wedgwood was right.

Wedgwood died in 1943 at the age of 70, so he never saw the realization of his vision.

Although most of what Wedgwood did to promote a Jewish state is lost in the pages of history, there are streets in Jerusalem, Tel Aviv and Haifa, as well as an Israeli Naval destroyer, that bear his name – an appropriate tribute to a Visionary of Zionism.