You are here: Home / Archives for Machal 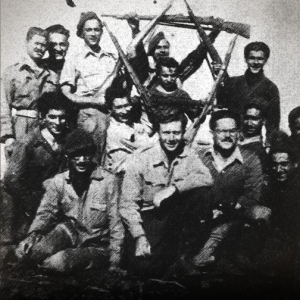 “You came to us when we needed you the most, during those dark and uncertain days in our War of Independence. The people of Israel, the State of Israel, will never forget it.  We will ever cherish this unique contribution made by you, the volunteers of the MACHAL.” ~ The Honorable Yitzhak Rabin

MACHAL is an acronym for “mitnadvei hutz laAretz.” It is rendered in English as “volunteers from abroad.” The volunteer force was a rag-tag assemblage of 3,500 men and women from more than 40 countries, many of whom were already war weary from fighting in Europe and the Pacific just a few years earlier. They came to Israel as friends of Zion and lovers of freedom, with a passion for reestablishing a home for the Jewish people in the place that had always been their home.

What was a land of milk and honey in the days of Moses and Joshua, was now a barren wilderness where only a few, scattered settlements eked out an existence. This, now deserted and forsaken land, was what the world had to offer the Jewish people who had managed to survive the single, most outrageous massacre in human history. All that was left of the Jews had begun to return to all that was left of their homeland.

Yet, the peoples who were soon to be their neighbors had vowed to drive the Jewish people into the sea. They began their attempt on the day that Israel was declared a nation. It was, in effect, an Arab attempt to finish what Hitler had started.

The untold story is that those young warriors actually risked losing their American and Canadian citizenship as well as their lives to defend other people’s families and a land they had never seen. They served as an eternal link between the Jews of Israel and the Jews of the United States and Canada. In the words of one Israeli colonel, the intrinsic value of the MACHAL was that “we Israelis knew we were not alone.” Forty of those Americans and Canadians heroically gave their lives for Israeli independence.

Every Jewish leader since 1948 has recognized the contribution of the men and women who were willing to risk everything so that the Jewish people could once again have something to call their own. Whether or not the MACHAL made all the difference in the Israeli War for Independence, we may never know. But we do know that they made a difference.