You are here: Home / Featuring Heroes of Israel 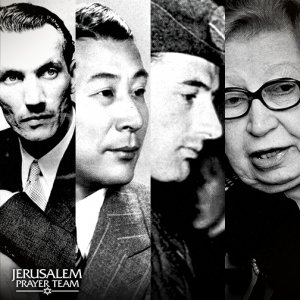 During your visit, you will encounter the stories of military heroes like General Marie-Pierre Koenig, Col. John Henry Patterson, and Major Orde Wingate, and political leaders like President Harry Truman, who did so much to prepare for Israel’s rebirth.

The list of heroes is even longer. Oskar Schindler, Irena Sendler, Miep and Jan Gies, Raoul Wallenberg, Chinue Sugihara, Jan Karski, and, of course, the courageous ten Boom family. These stories are largely untold in Israel. Even in the cases where the stories have been told, the Christian faith that drove these men and women to risk, and even give their lives for the sake of the Jewish people, is largely unmentioned.

We will also share the amazing stories of the Machal—the volunteers, many of them Believers, who came from around the world to stand with the newborn Jewish state in its desperate fight for survival following the Declaration of Independence in 1948.

Of course, there were also those who hated the Jewish people and wished to do them harm. We will address the Holocaust head on—including the role of many who claimed to be Christians during this awful atrocity, but showed that they do not represent true Christian belief or practice.